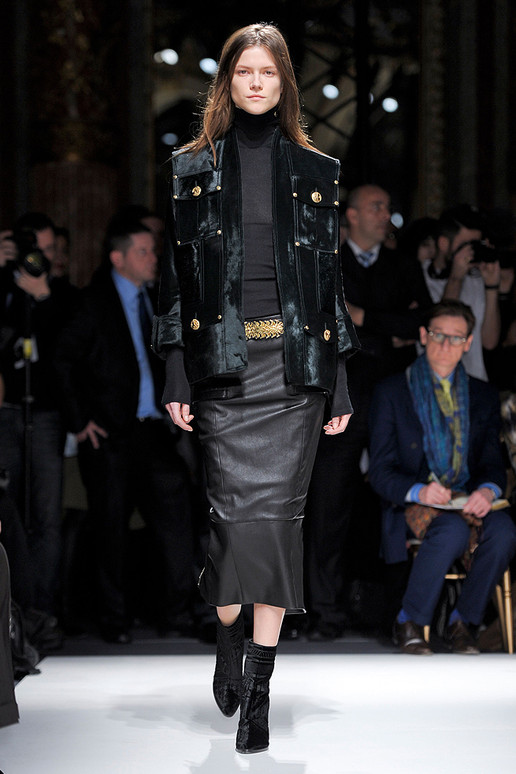 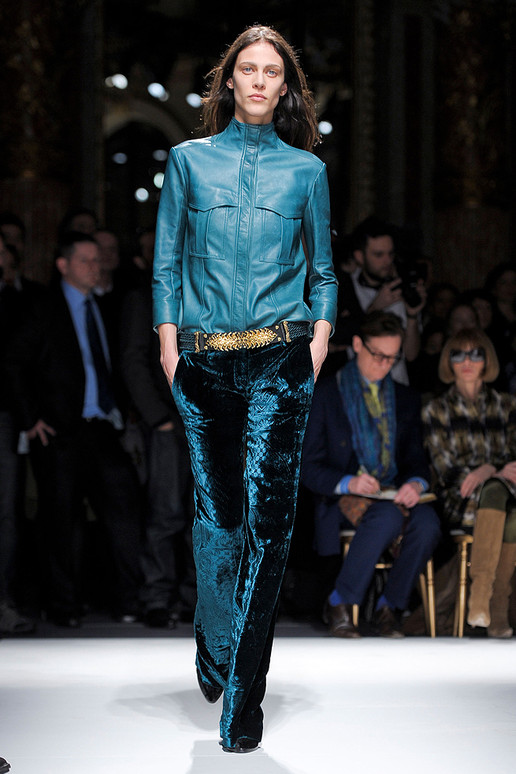 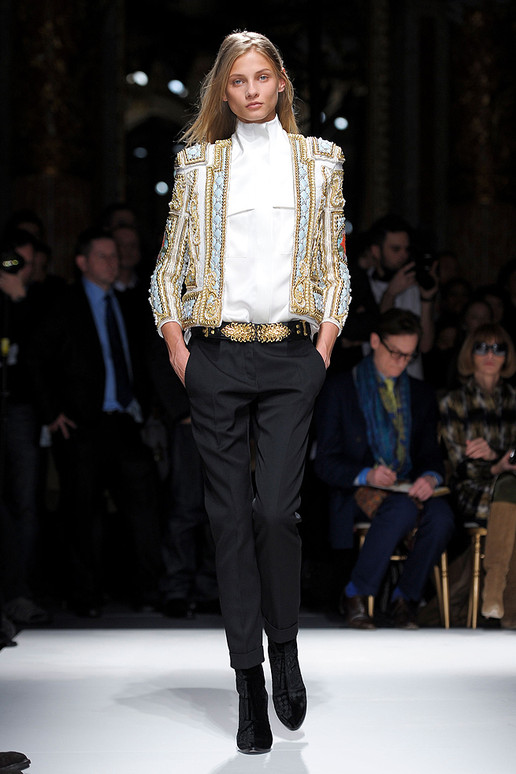 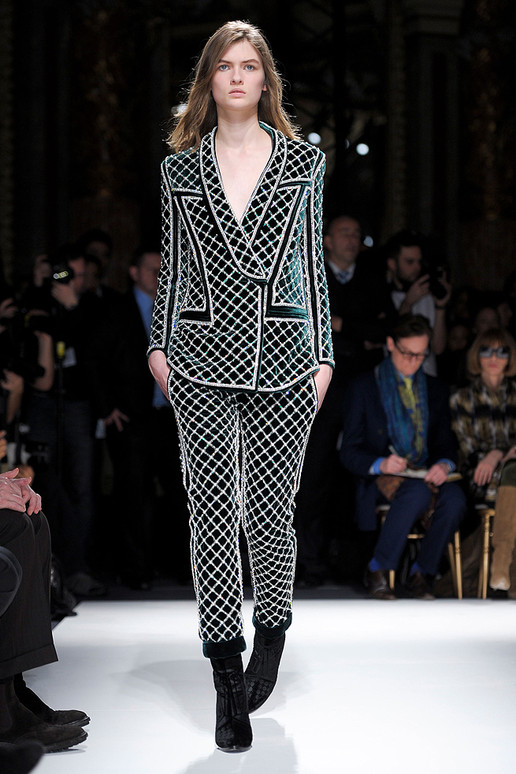 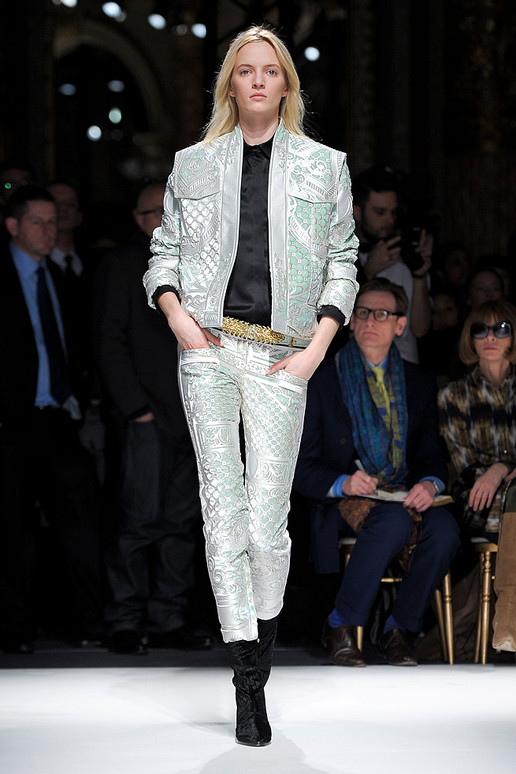 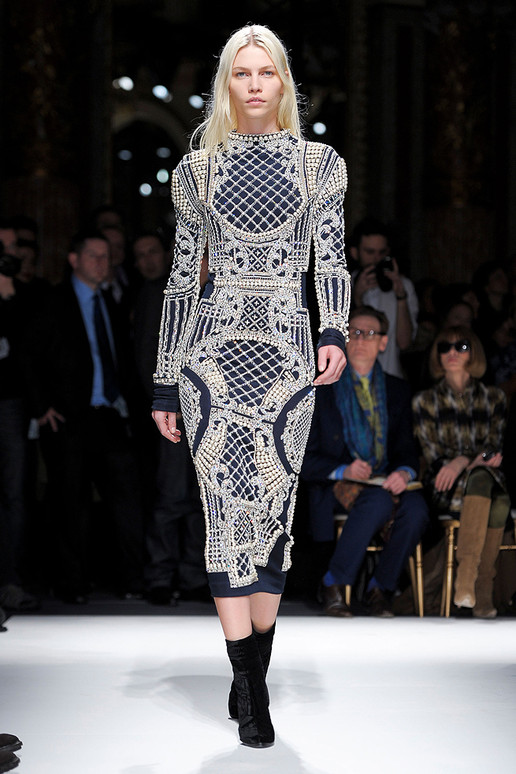 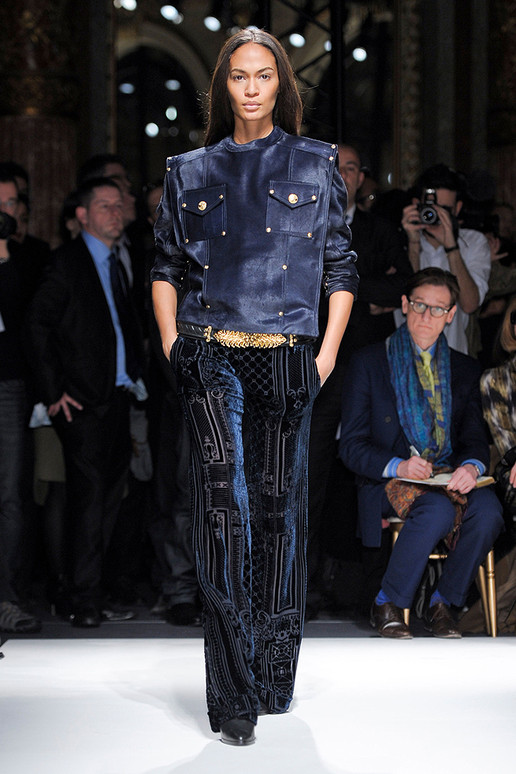 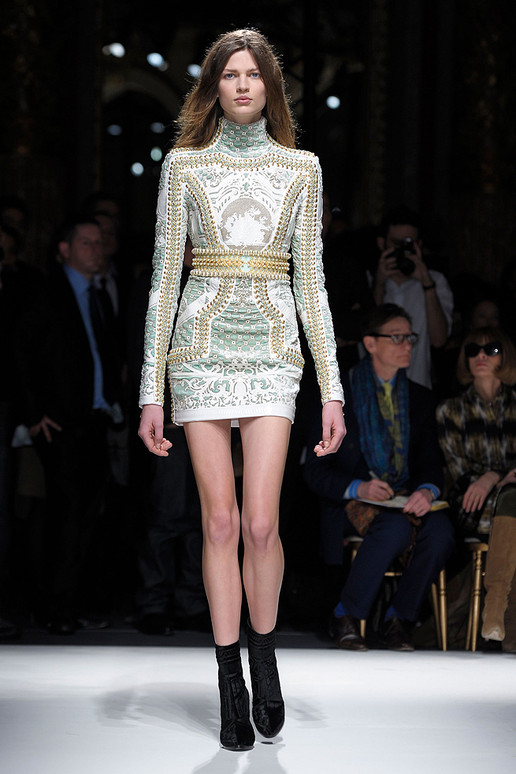 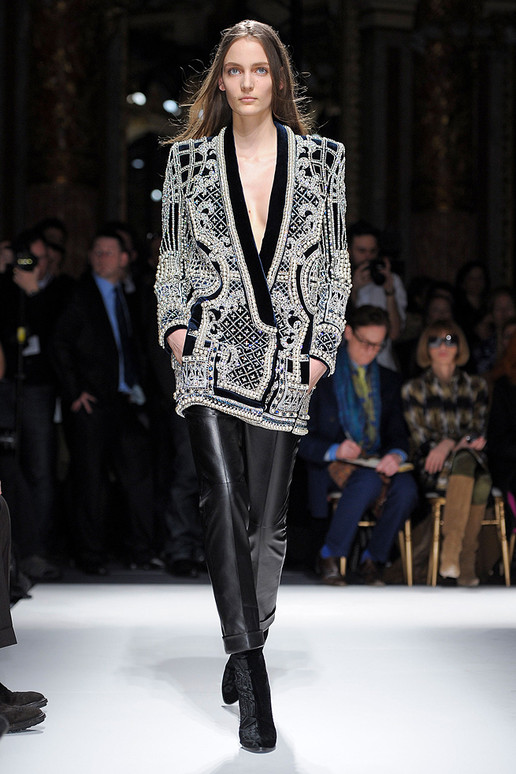 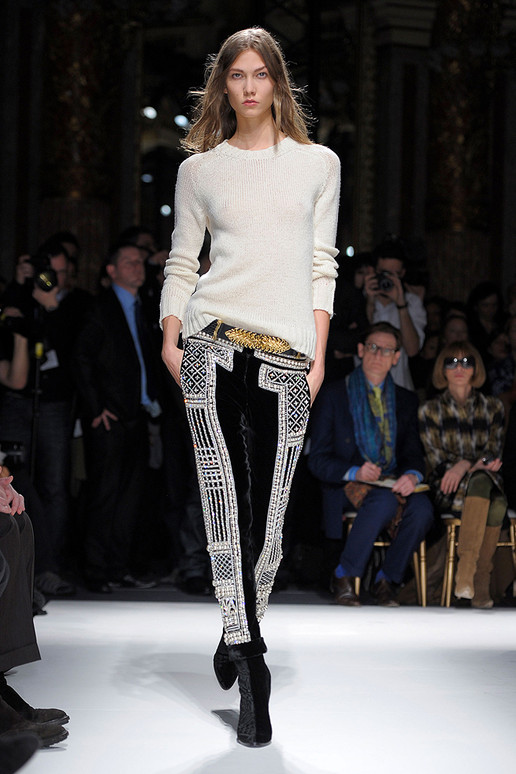 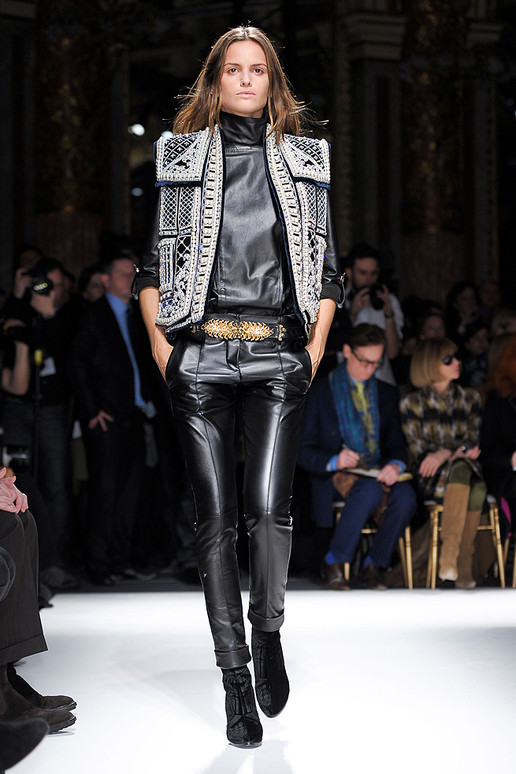 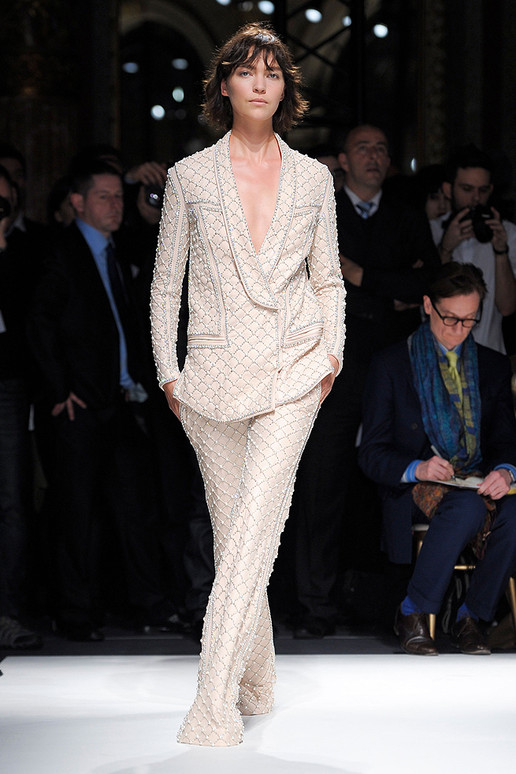 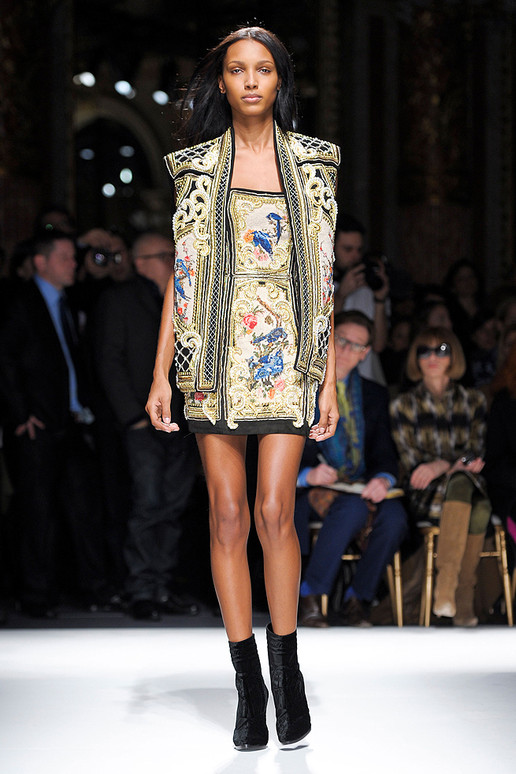 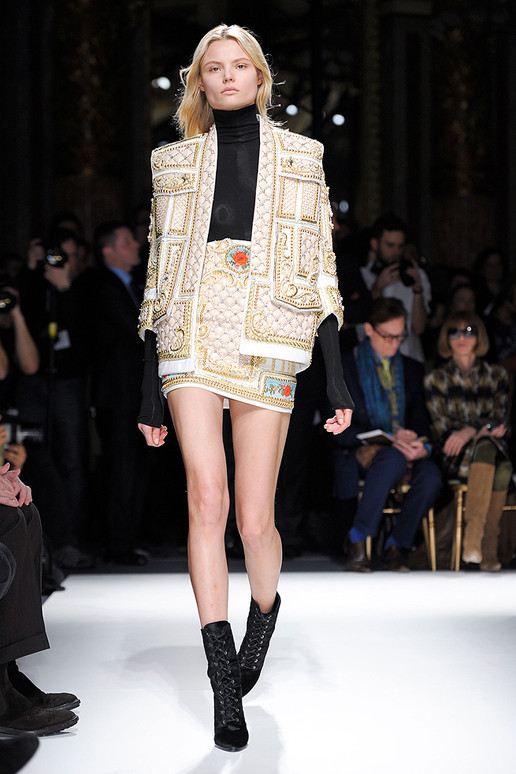 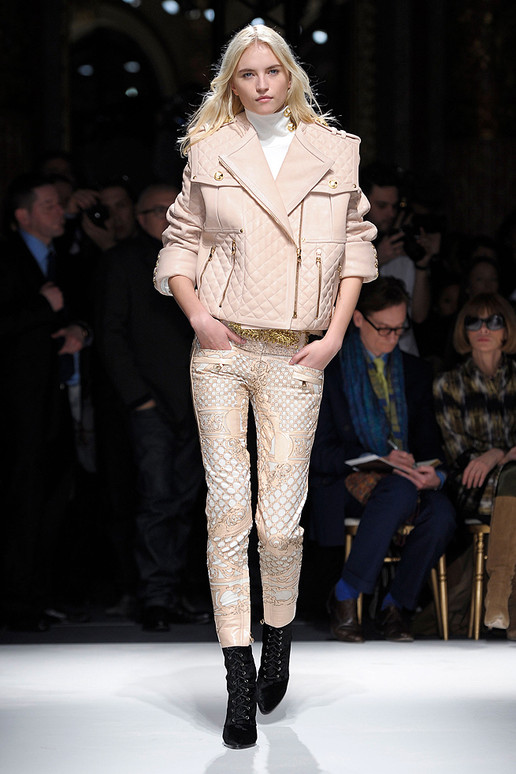 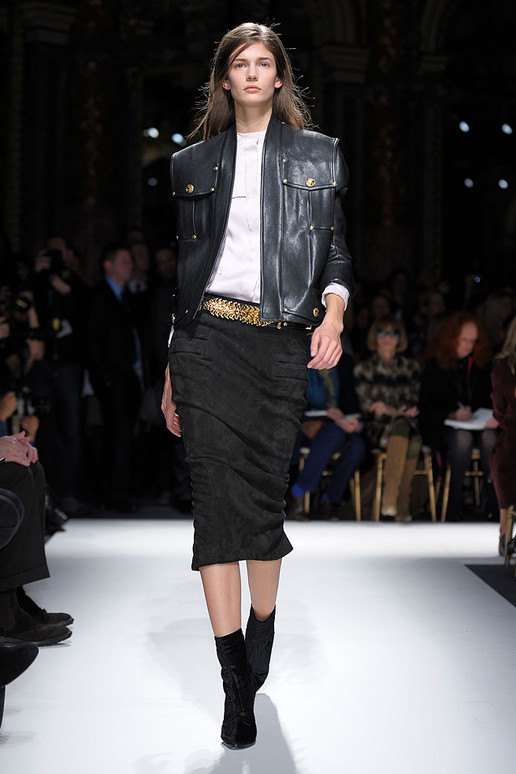 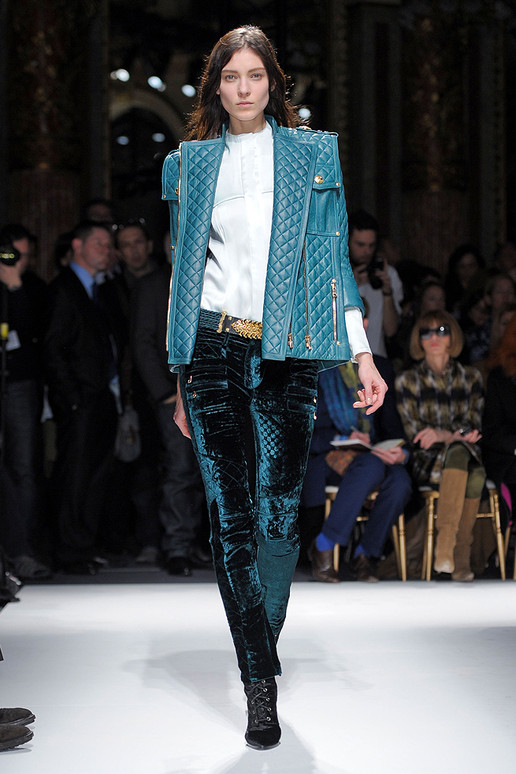 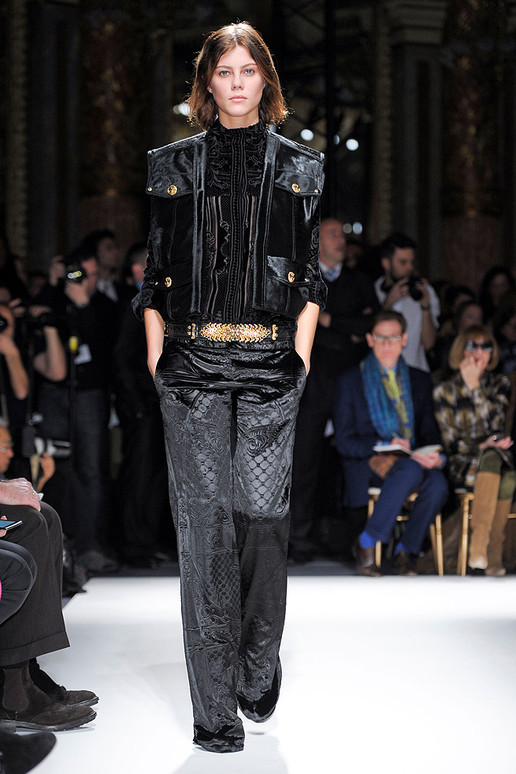 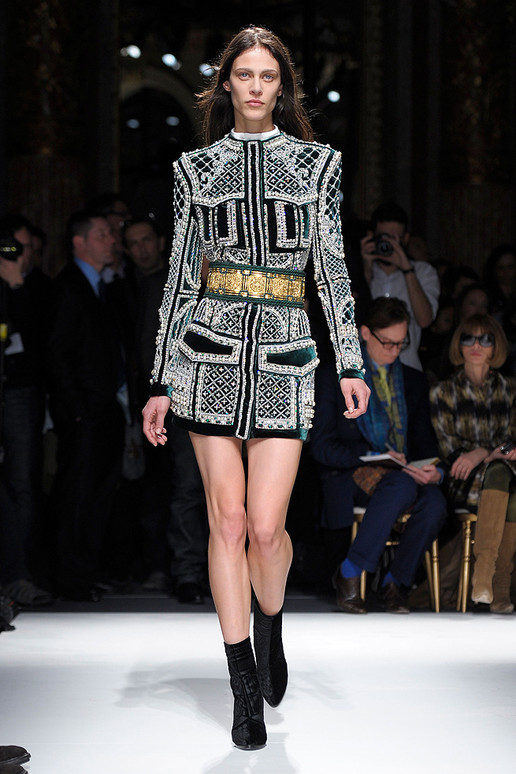 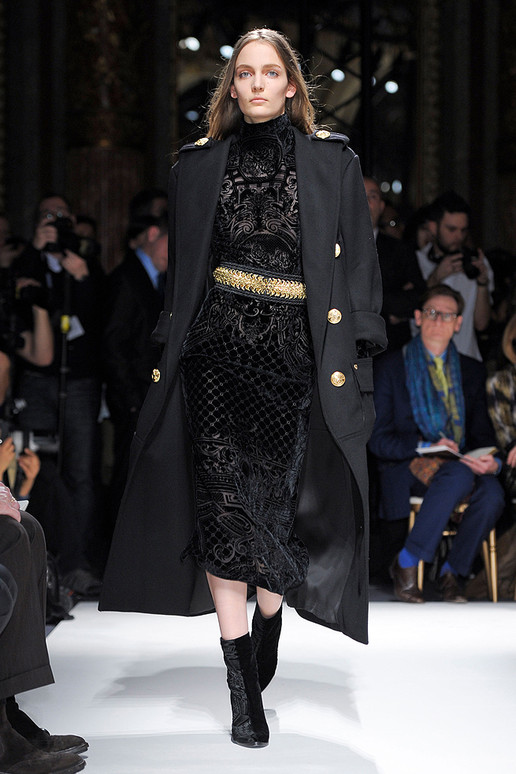 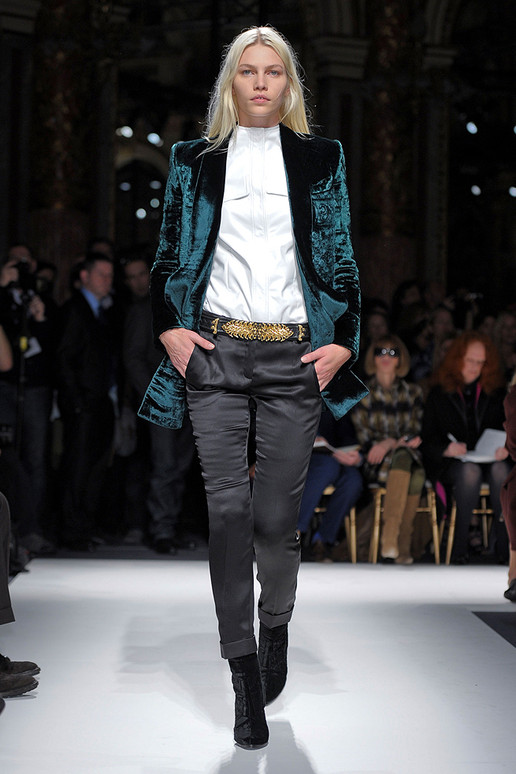 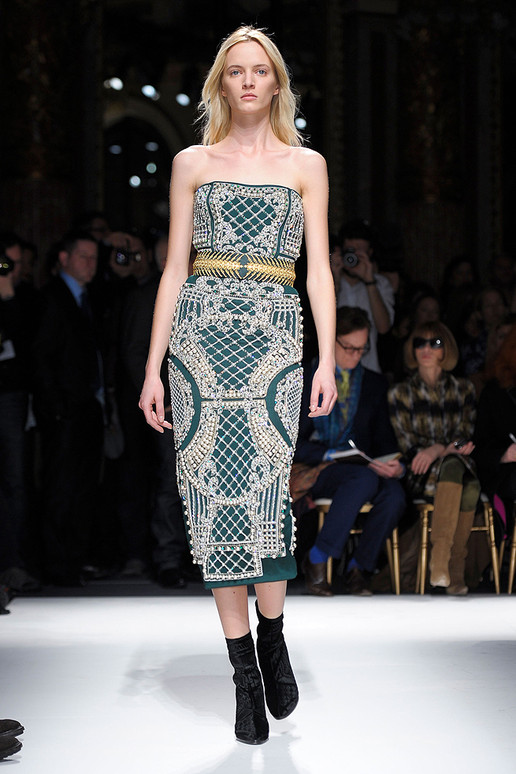 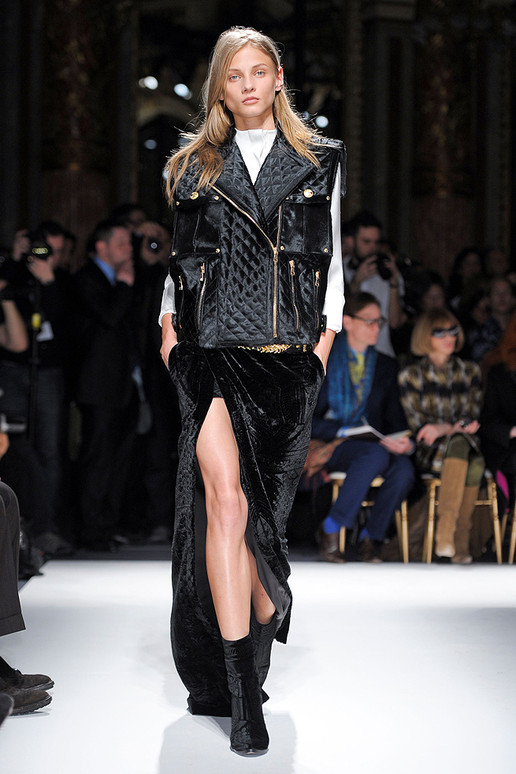 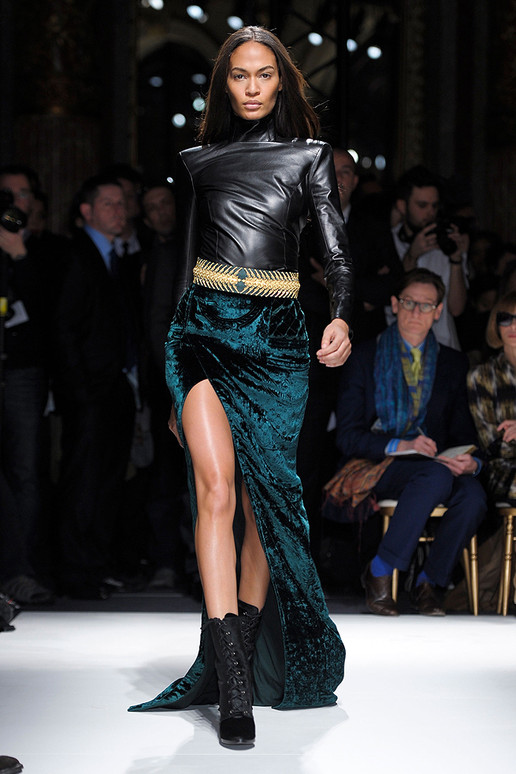 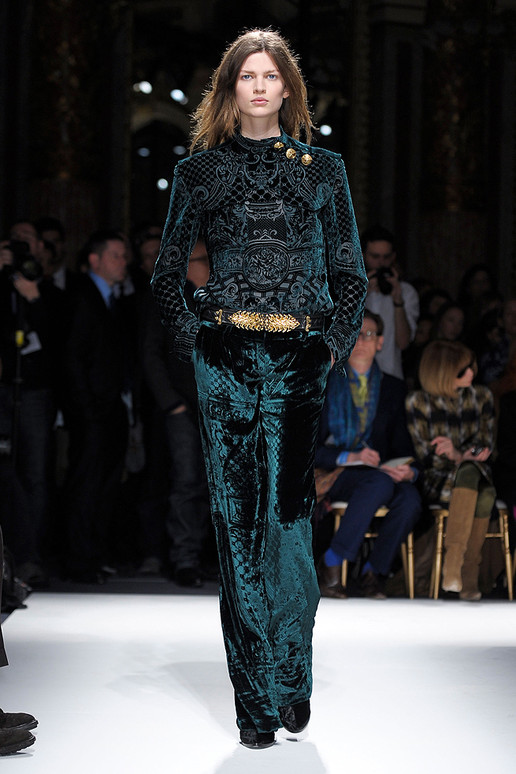 Designer Olivier Rousteing, believes in a more structured, more embellished future for Balmain than his predecessor Christophe Decarnin. Some of the ornate designs would make Pierre Balmain a proud man.

For the look there was intricate needlepoint work that featured a cameo on the front but amidst all the imperious work there was a woman wearing it. The detailing definitely took away from the model but the shirt was quite literally a work of art that was framed by the magnificent metallic handwork covered the arms, front, and back. To even it out, a simple pair of slim cut black velvet pants were paired with the lavishly designed top.
The collection was a maze of black leather, furs, and gold accents all of which worked sublimely together. Not to mention that black and gold are a major trend this year but Rousteing worked it in effortlessly.
The overall collection was an excellent collaboration of rich velvet fabrics, opulent gold details, embroidery fit for the queen of England, and this underlay of rocker chic. The motorcycle jacket that Balmain has become so known for over the past few years was re-invented with an over-sized silhouette that gave the impression of a take no prisoners/high fashion thriller kind of way.
Content {Via}
Tchau, Carla
Posted by Carla at 12:15 AM

Email ThisBlogThis!Share to TwitterShare to FacebookShare to Pinterest
Labels: Balmain

My Life's The Beach Fashion/Style Blog

Promote Your Page Too

The photos uploaded are from other sources such as blogspots, lookbooks, and fashion sites, unless otherwise specified. All credit of these images go towards their original posters and photographers.